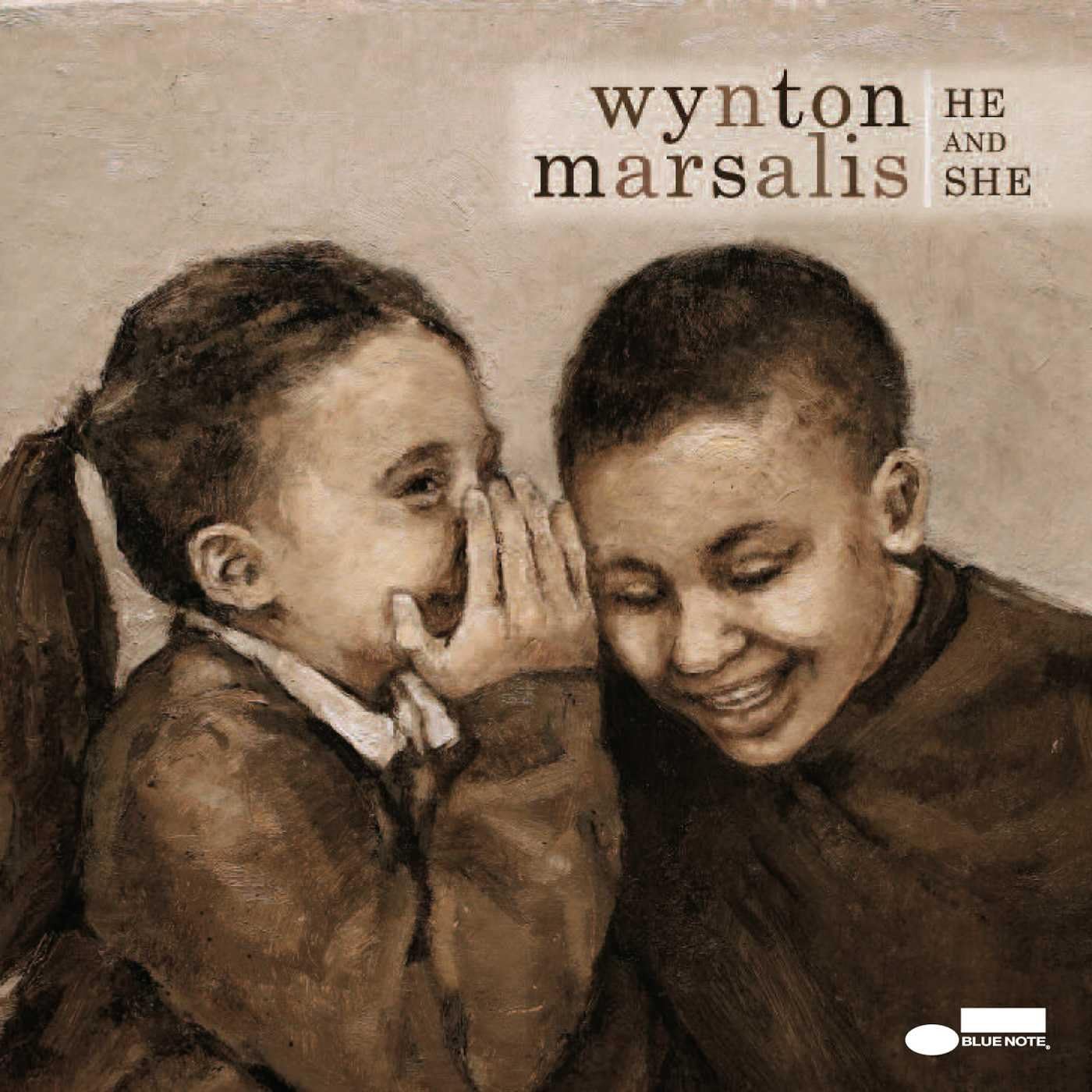 Pulitzer Prize-winning composer, trumpeter and bandleader Wynton Marsalis releases his fifth Blue Note recording, He and She. It’s an ambitious effort, combining spoken word and music. The album is tempered with flashes of humor and plenty of swing.

He and She is Marsalis' fifth album for Blue Note. It's a thematic work expressed in a mixture of spoken word and Jazz. That J is deliberately capitalised: it's difficult not to experience Marsalis' work as the didactic outcome of his crusade for jazz to be accorded its cultural due. Despite this, there's a lot to enjoy in the group's performance and the composer's ambitious reach.

There's a very particular sense of acoustic space to the recording that puts the listener right in the audience looking up at the stage. Oddly, it feels as though the listener is alone with the performers. There's an eeriness to this sensation that's almost like a dream, like the ballroom scene in The Shining. However beautifully and passionately the music is performed, it can't help but sound self-conscious, at least initially.

That self-consciousness isn't a sign of uncertainty though. On the contrary, the music is performed with confidence and skill. Of the 22 tracks, the 13

"p"musical pieces are performed by the quintet, the rest are intoned in a wry, actorly way by the leader himself. The theme is the relationship between a man and a woman. The music is a mix of jazz, swing and blues and within the parameters of Marsalis' approach, the group experiment widely.

Fears is a wonderful, exploratory piece traced out in screeching cymbals, tremulous winds and scrabbling, energetic bass. On Razor Rim saxophonist Walter Blanding comes swinging out expert and abrasive like a skilled boxer with a grudge, the tone rough and raw while Dan Nimmer's piano is pure McCoy Tyner channeled in muscular support of Marsalis' brilliant solo. At a smidgen over 12 minutes, Razor Rim is the focal point of He and She, its emphatic delivery is sure to make the listener sit up and start to pay attention. First Crush is alternately whinnying and garulous, gauche as that initial experience usually is.

The album ends with the title track, Marsalis finally concluding "A man and a woman is a dangerous thing, a train, a banjo and a chicken wing". --Colin Buttimer