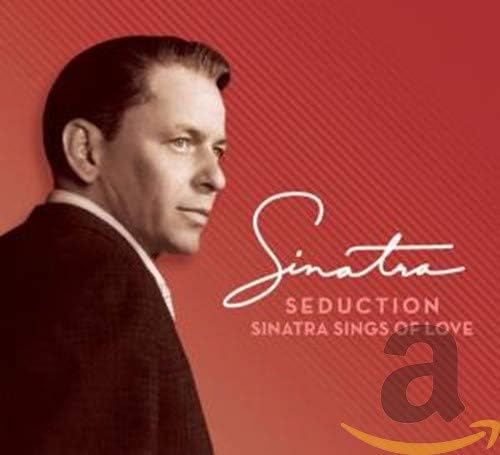 International products have separate terms, are sold from abroad and may differ from local products, including fit, age ratings, and language of product, labeling or instructions.

Few popular music catalogues have been re-worked so rapaciously as that belonging to Francis Albert Sinatra. His 50-odd albums - from 1946 Columbia debut, The Voice of Frank Sinatra, to the second volume of Duets on Capitol nearly five decades later - have spawned well over 2,200 compilations, with barely a handful of them worthy of serious attention.

Compiled by Sinatra family archivist Charles Pignone, Seduction: Sinatra Sings Songs of Love - what else did he ever sing about? - boasts a never-before-available version of My Funny Valentine. It's available in two editions: a 22-track single-disc standard and a two-disc 32-track deluxe version. Both include an affectionately gossipy introduction to the 'Croon Prince' of singers by Sinatra expert Bill Zehme, and the honeypot lure of that previously unreleased performance of Rodgers and Harts' sublime essay in wistful, lovelorn melancholy.

A disappointing omission in the otherwise attractively produced booklet is the absence of information about original sources and dates of recording or release. But these are recordings from the decade leading up to Sinatra's first retirement in 1971 - the first half of his 20-year relationship with Reprise. On the whole, the tone is lighter, the arrangements more nimble and nuanced than during the earlier Columbia and Capitol years, the inimitable vocal phrasing remarkably (even for Sinatra) free and flexible, the whole proposition noticeably less processed and packaged than post-comeback projects.

"p"The voice is fresh and alert and responds with virtuosic athleticism and insightful delivery to a handful of arrangers, Don Costa, Neal Hefti, Billy May and, prime amongst them, Nelson Riddle, with collaborations with Count Basie and Antonio Carlos Jobim also featured. "p"It's Riddle's deliciously poised, surprisingly playful take on My Funny Valentine, with Sinatra beguilingly on the outside edge of the song, that appears here for the first time.

There are standards aplenty- Witchcraft, All The Way, Young at Heart - to entice the newcomer and several relative rarities to surprise and delight. Throughout, the original sound is clean and clear, the re-mastering altogether excellent and Sinatra's evocative, emotion-charged voice still the most sublime sound America has yet produced. --"i"Michael Quinn