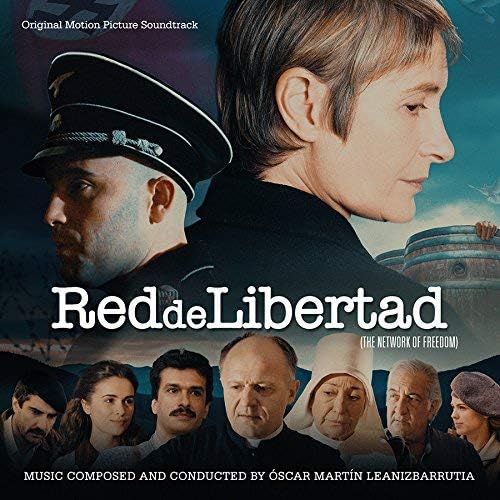 It is well known what Archimedes of Syracuse, curious, raggedy, sulky old man, left written: Give me a lever long enough, and a fulcrum on which to place it, and I shall move the Earth Eureka! But the world today revolves around another kind of lever: Curiosity, Man's wild necessity to search and discover. This curiosity has led to the discovery of someone like Oscar Martín Leanizbarrutia, a musician with slender strokes and a crystal-clear handwriting making the world go round. We feelcurious-lodging, road and wind- to get to know a 28 years old composer who has already written two full-length films: Poveda (2016) and Soledad's light (2016), both continual examples of his interesting narrative journey. We feel curious-pry bar, fulcrum and development-to get to know how a mass for orchestra and choir-Today and always, Lord-can be so eclectic and irreverent,a young and modernwork without the ceremony usually accompanying this sumptuous and solemn musical genre. We feel curious-surprise, charm and cheek-to see how things might turn out now that his name is among the crème de la crème of the Spanish film music. We feel curious in deed. There are some subjects, sublime or not, that, if treated with indifference by the musician, might reach the most blatant frivolity, causing the listener some damage not without sentimentality. This trite, démodé disposition in the Arts is too often related to composers who, for some reason or other, have been tagged as sweetenedwhen, with the best intentions, they address a tragic event in History. Having said that, and there are many examples, we can speak now of composer Oscar Martín Leanizbarrutia's latest score, a musician placed on the other side of the Styx Lagoon. He has composed the soundtrack for Freedom's network (Red de Libertad), a film produced by filmmaker Pablo Moreno-Poveda, Soledad's light-, tackling, once again, a religious theme, this time through the eyes of a nun in the occupied France of the Second World War. Cut off from this outdated sentimentality, Oscar Martín Leanizbarrutia weaves an interesting network of melodies, self-sufficient and original, spinning around an efficient, touching leitmotiv, and presenting the heroine as the iconic image of Freedom against an authoritarian regime. The musician sketches the nun and heroine through the wind's naivety, the force of divine goodness (Faith, Hope and Love) driving the sister's actions as a proof of unconditional love. Hope, the soul's last shelter, is the other leitmotiv Oscar brings forth, using elegiac elements in the final part of his work. A stirring, heartfelt prayer (Pie Jesus) finishes off a story filled with Faith, Hope and Love (Freedom), all the elements required for the musician to awaken in the listeners the so sought after curiosity. Freedom's network is a work of adulthood, and it shows that what happened with Poveda and Soledad's lightwas just the beginning of a promising career, stamped all over with the talent of a composer called to greater things.